I have been fascinated by murmuration activity from the first time I heard about it. There are lots of spectacular videos on YouTube about Starling murmurations. But, there is another bird who murmurates regularly: theDunlin, a little shorebird. 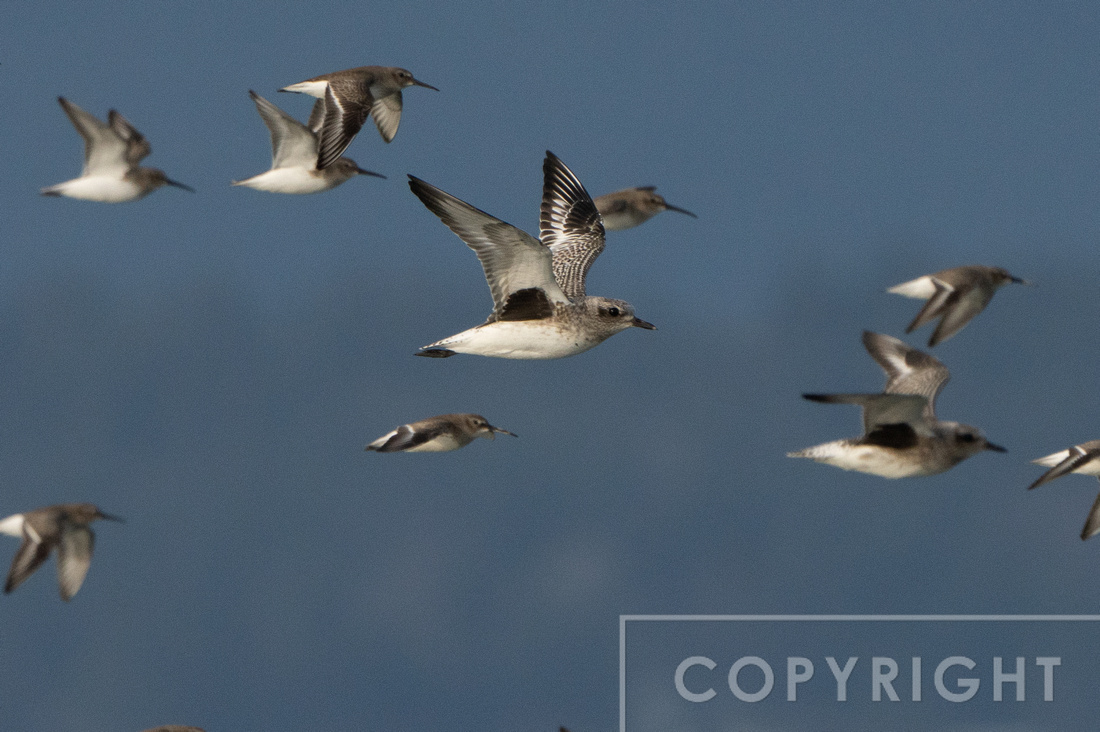 Peregrine Falcons love to predate on Dunlin, so the Dunlin have developed this great strategy to battle the fastest bird on earth.

As far as I can tell, the above video is of a "practice session". There was no predator chasing them. But, the Peregrine Falcon are always nearby, waiting to pounce: 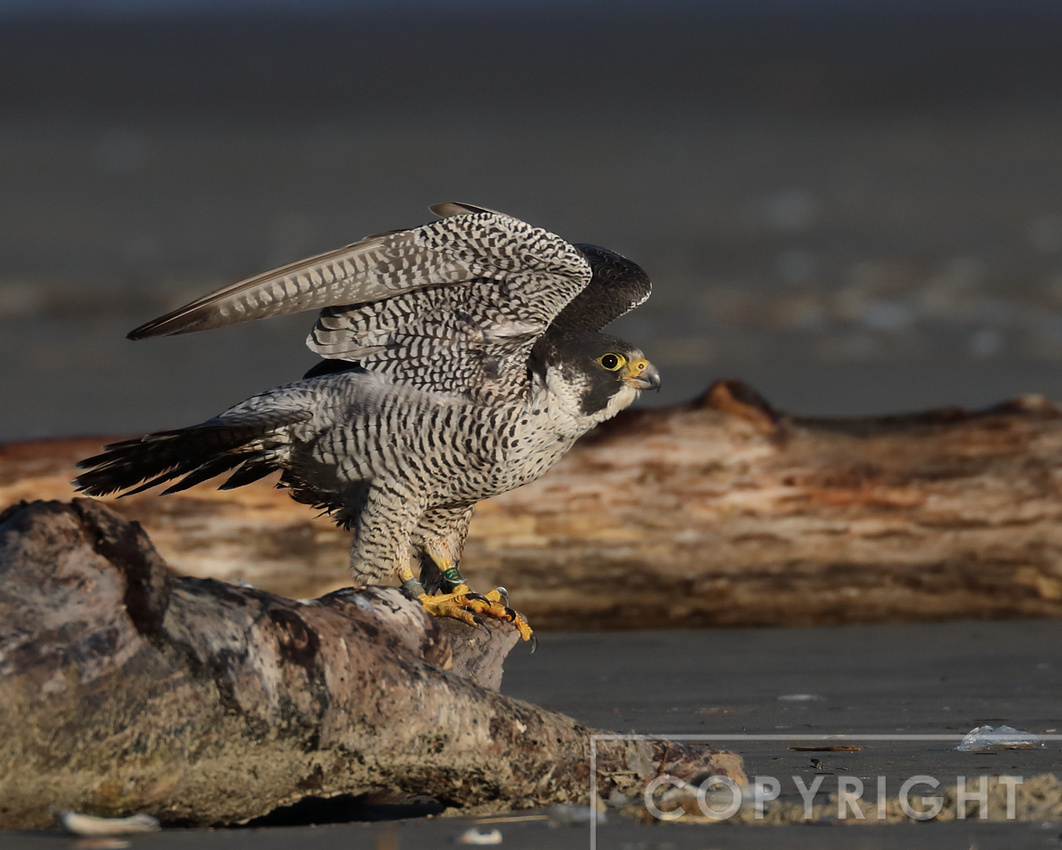 Once the Peregrine attacks, the murmurations become frantic:

The thing that surprised me about this video, however, was that there were two birds attacking the Dunlin. One, I believe was a Peregrine, but the other was a Northern Harrier, a very common Hawk in this area: 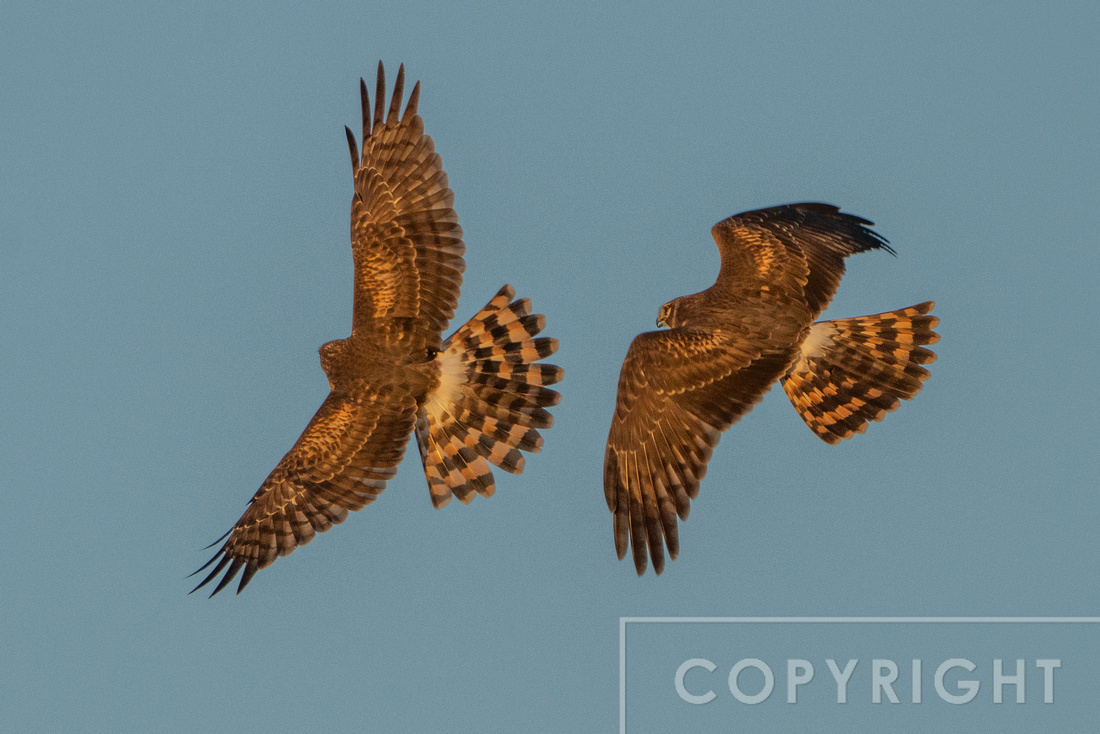 The Harriers are very easy to spot from a distance because of the white patch on their tails. So, when I slowed up the video of the hawks attacking the Dunlin, I was amazed to see a Harrier in there:

I was amazed. This was the first time I had witnessed this activity. I never think of Harriers as being particularly fast flyers, so I have no idea if they are ever successful in catching a Dunlin. Their "usual" prey are mice and voles.  But, yet again, the natural world has surprised me. Not the first time, and certainly not the last.