There are not many birds I actively seek. I usually just take what presents itself to me. But, for quite a while now I have been lusting over finding a Northern Pygmy Owl. I have this thing for cute birds, and moreover, the Pygmy is diurnal, so I had a fighting chance of seeing one during daylight hours. I have spent entire days searching forests for this relatively rare bird. But, those many hours turned out to be just walks in the woods. Finally, my luck changed, but not in the way I expected. I was visiting my friend Kerry up in Skagit County in Washington State. We had planned a hike together and were not planning on birding. I only brought my camera along because I was going to bird on the way home. Just by chance, I noticed a lump on top of a tall dead tree snag on the edge of her property. I ran to my car and grabbed my camera. My first pictures were at a terrible sun angle, so I repositioned myself and got this shot: 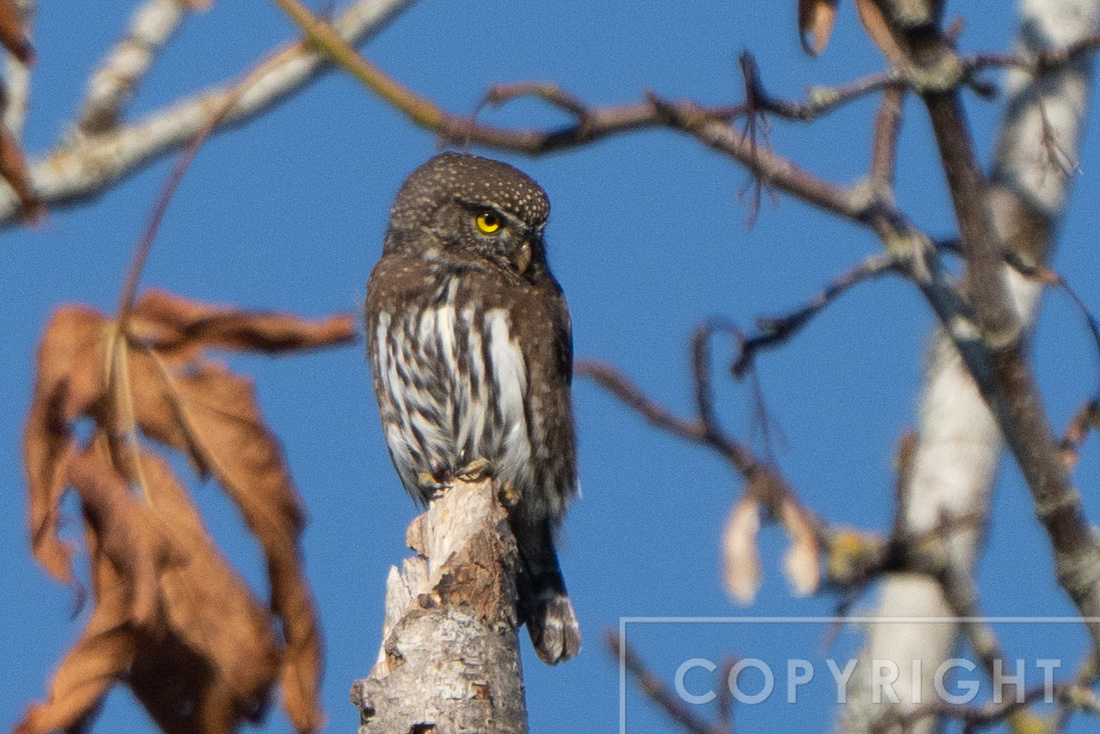 I was not ready to admit to myself that it was a Pygmy, but Kerry assured me that it was. He then flew down closer to the ground, flying right up to Kerry, and landed on a tree branch just 30 feet from her house: 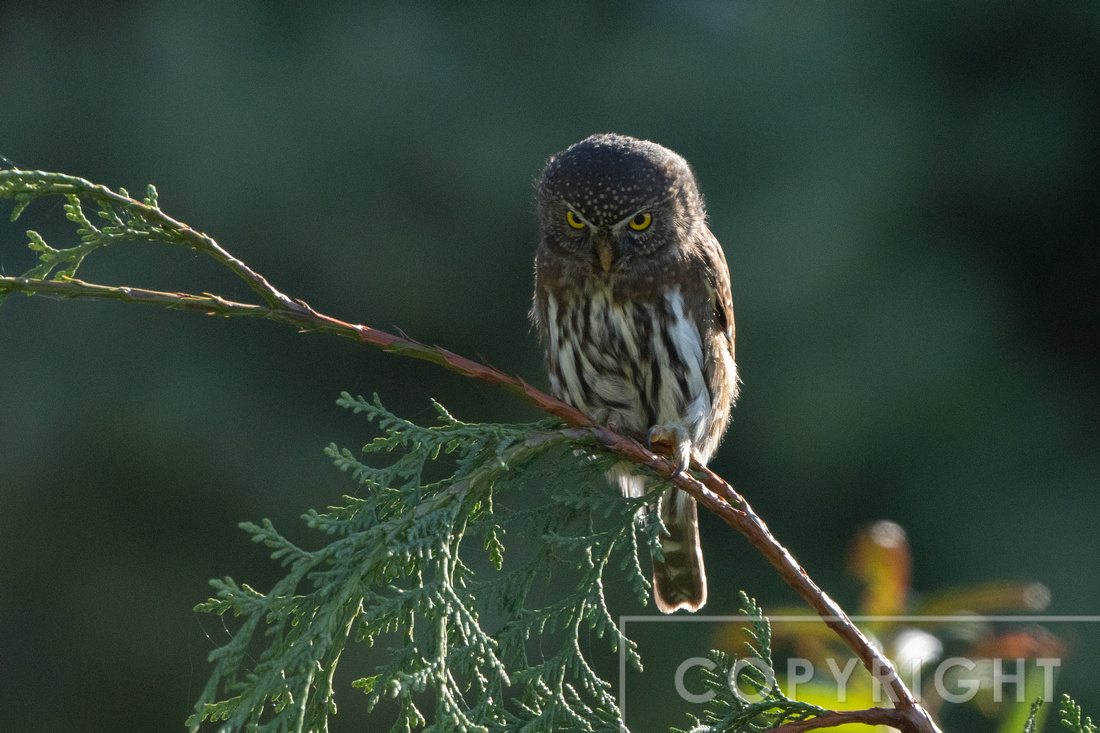 It was clear that he had his sights on something, and within minutes he flew to the ground: 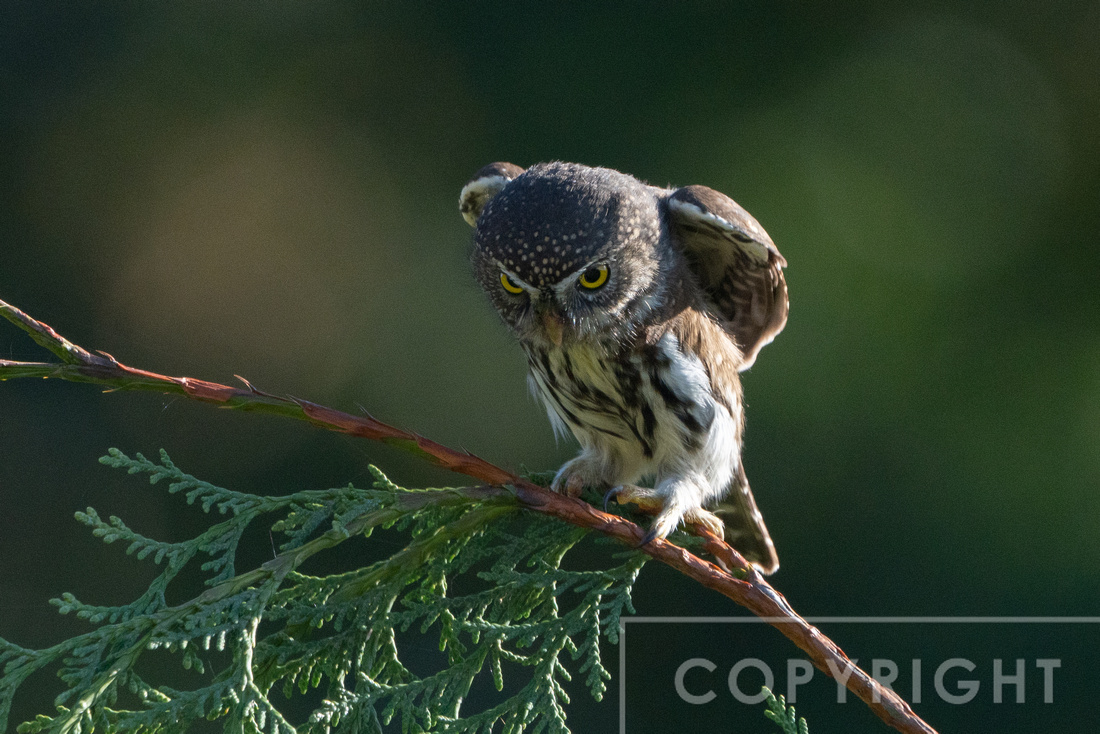 Once on the ground, I had a tough time getting a good camera angle, but it was clear that he had caught something: 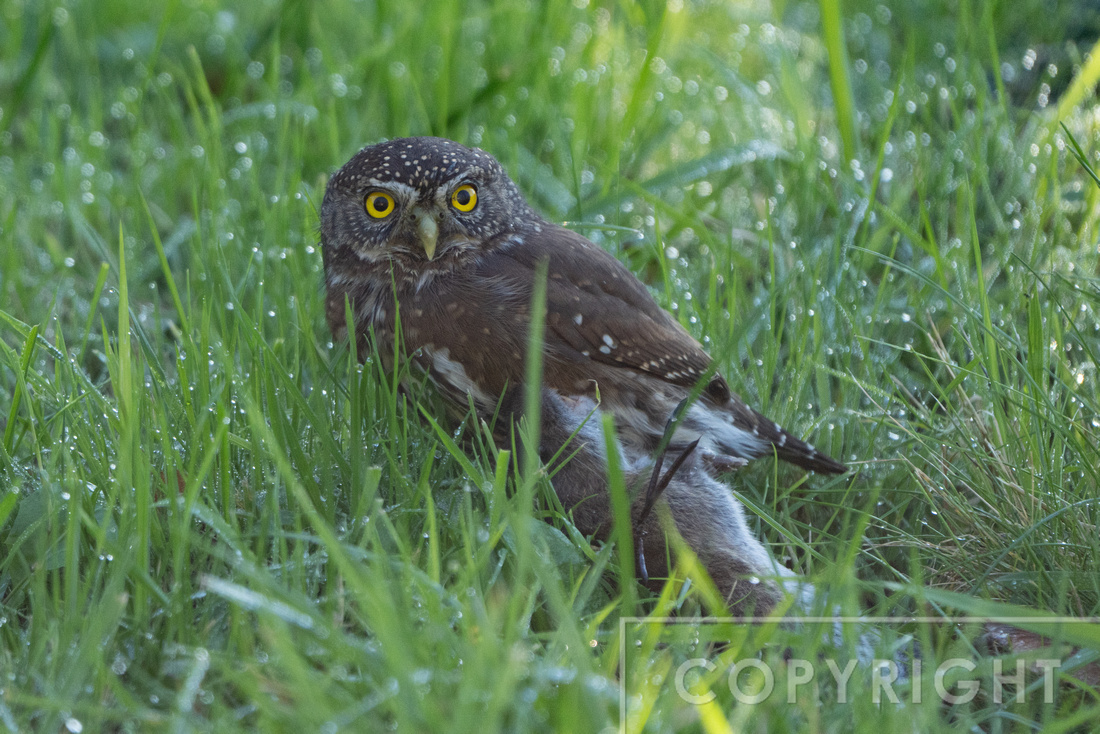 He made many attempts to fly with it, but it was too big. So, he made several short hops to move it along: 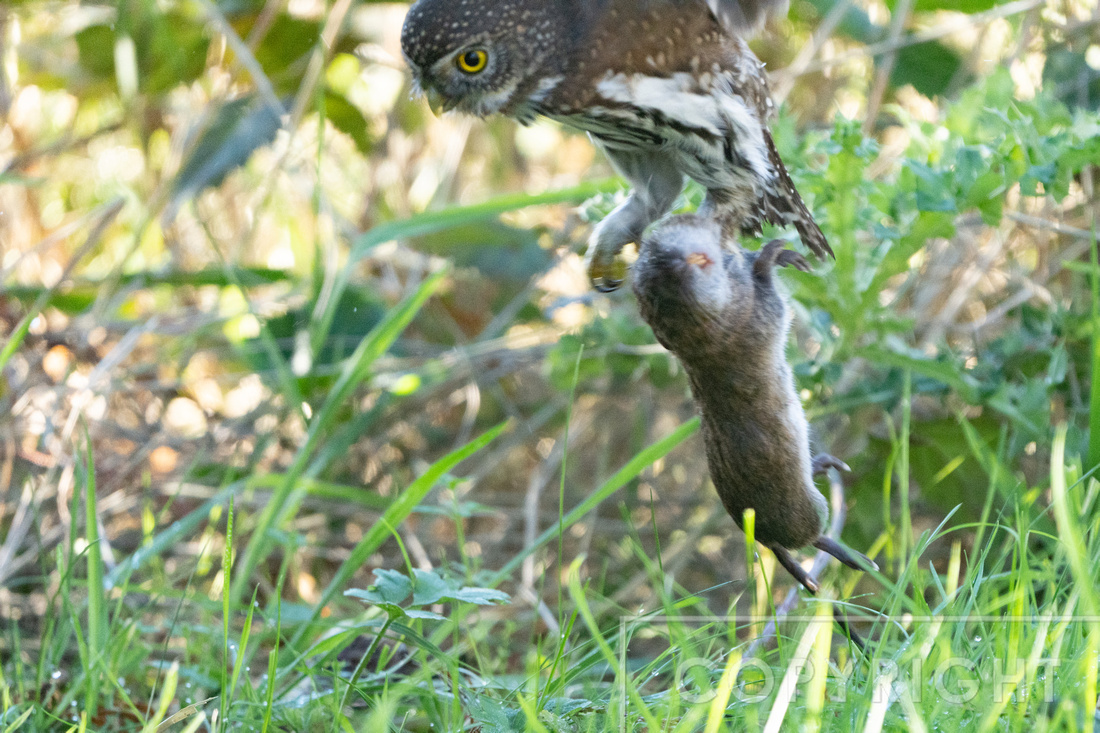 This was when I finally got a good look at his prey and found that it was a sizeable rat. It probably weighed more than the bird did. After many attempts, he finally made it to a safe area under a tree to consume his reward. 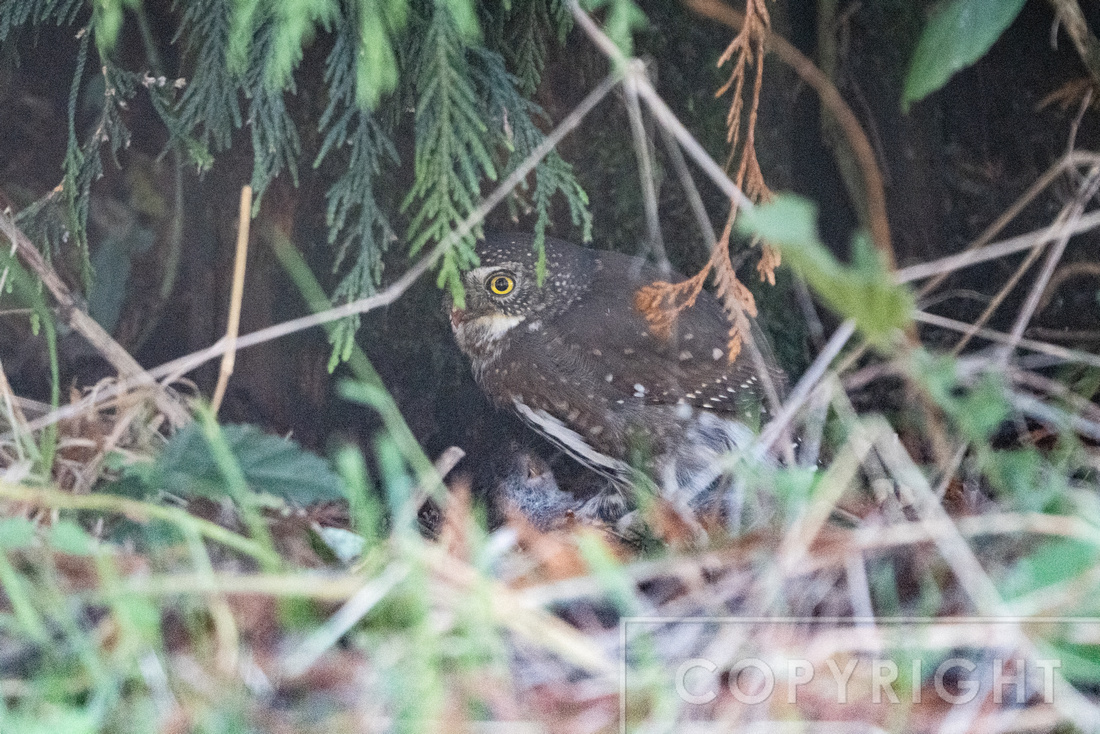 I am so grateful that Kerry very intentionally keeps her yard as a pasture, not manicured. It was because of this that she was able to provide prey for these wonderful owls. Thank you Kerry for providing me and the owl with a most wonderful capture.